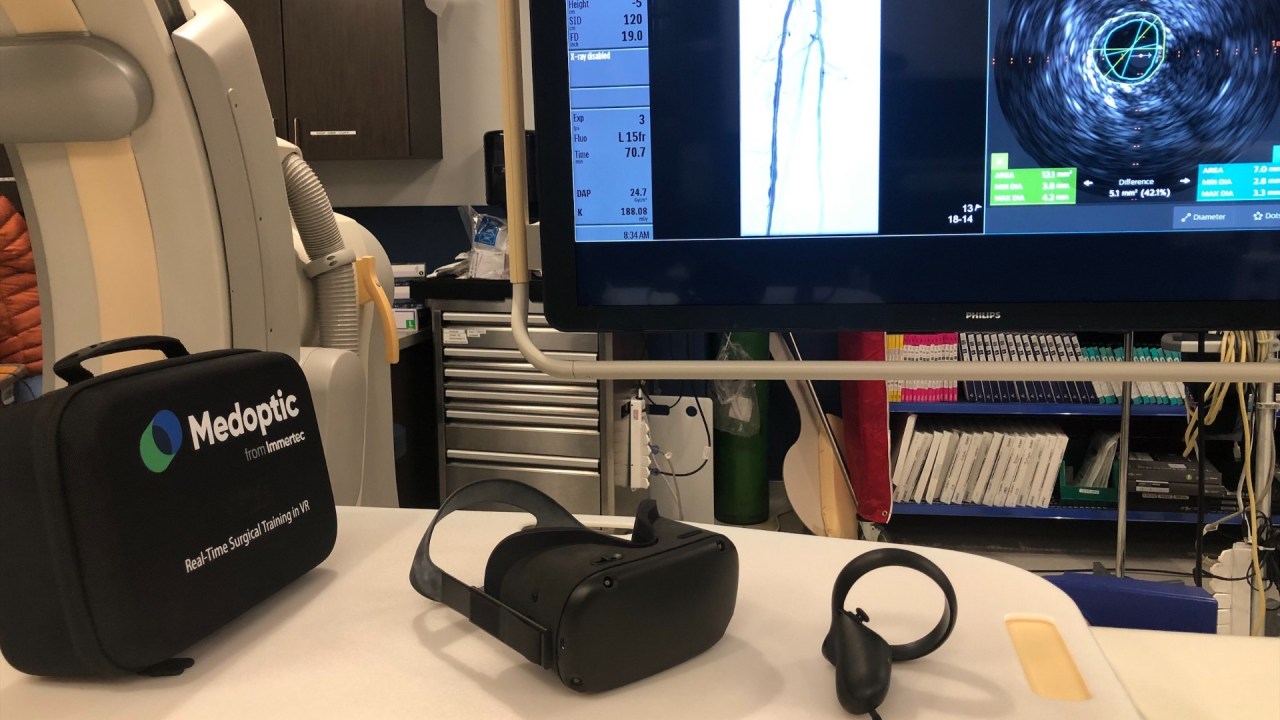 GRAND RAPIDS, Mich. (WOOD) — A West Michigan doctor is changing the way physicians nationwide and around the world are trained on life-saving procedures for certain patients.

Dr. Jihad A. Mustapha is the CEO of ACV Centers and the first endovascular interventional therapist to offer physicians the ability to observe and learn from his procedures through virtual reality.

“PAD or CLI patients are really, really dear to my heart because they are the patients who are being neglected,” Mustapha said. “Especially the racial disparity, African Americans, Hispanics, they’re not getting the care that they need.”

Patients with CLI have a lifespan of five years or less and often require amputation. Mustapha said once this happens the risk of death is high, which is why he has made it his goal to increase awareness of the treatment and therapy options available to prevent amputations.

“There are not many operators capable of operating on these patients and our goal is to increase this number,” he explained. “Before COVID, we used to train about 250 doctors who came through our centers, and with COVID, we’re not able to do that.”

Mustapha wanted to find a way to continue this training, so he partnered with Immertec, a MedTech software company, to create a new program.

“This technology now allows doctors to be anywhere in the country or the world and be able to have an eagle and see whatever you’re looking at here. Almost 7 points. They can see the ultrasound, they can see the angiography, my hands, and we can also communicate at the same time.

Not only can doctors watch his procedures from another location, but he can also put on the VR headset himself and help a doctor perform a procedure. He believes this will change the way doctors are trained in the future.

“Once covid is over, doctors are always going to prefer to use this technology because whoever wants to travel two days, and with another day of work, three days in total where they can actually get the same thing and better yet be immersed more in what I am doing,” Mustapha said. “You enter a different world and you feel like you’re there. Nothing else interrupts you where other educational components allow you to stare at your phone or talk to someone where it actually takes you into an almost video game-like life.

The first training took place on January 26 with physicians present from several US states, the UK and Argentina. The endovascular procedure was performed on a patient with a blocked leg artery that caused extreme pain, limiting his ability to walk and exercise. Doctors were able to see safe and effective techniques for gaining arterial access and successfully opening the blockage.

The ACV and Immertec centers plan to organize continuing education over the next year, reaching hundreds of doctors.