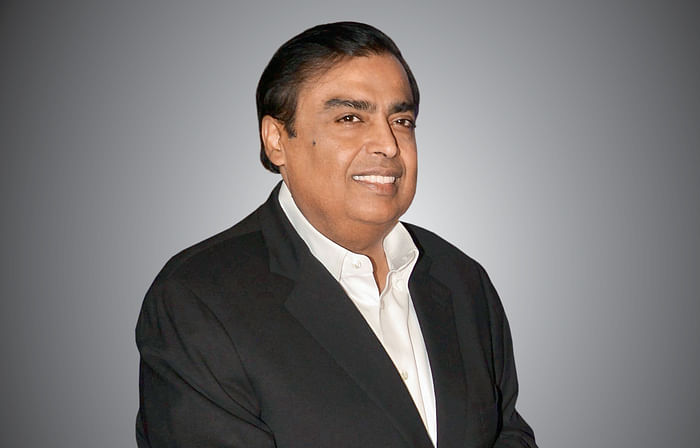 Second generation entrepreneur Mukesh Ambani, chairman of Reliance Industries Ltd. (RIL), has built long-lived cash-generating assets, including oil refineries, a 4G digital network and a Walmart-like retail chain, over the past two decades. For the next few years, he is focusing on building four Giga factories with an investment of ₹75,000 crore, which can create the capacity to generate at least 100 gigawatts (GW) of electricity from solar power.

Relentless focus on building giant, cash-hungry businesses has helped Ambani to make RIL India’s most profitable company – it recorded a net profit of ₹67,565 crore in FY22 , an increase of 27% year-on-year. Thanks to the financial performance, RIL’s share price has also increased by 22% in the past year (as of August 16, 2022), bringing Ambani’s wealth to ₹7,54,149 crore.

Even investing billions of dollars in expanding his business empire, Ambani, who gave up his salary for the second straight year in FY22, didn’t hesitate to dip into his huge piggy bank for a ultra-rich status. The Ambani family, who own the world’s most expensive private residential home, Antilia, in Mumbai, private jets and James Bond cars, have added new luxury properties to their fold as RIL bought the iconic country club and British luxury golf resort, Stoke Park, for an estimated ₹592 crore in April last year. He also agreed to acquire a majority stake in Mandarin Oriental New York, a five-star hotel in midtown Manhattan for $270 million (including debt).

“He looked for business opportunities in every challenge, whether it was Covid-19 or geopolitical tensions after the Russian-Ukrainian conflict,” says a senior executive. During the pandemic, Ambani executed a large-scale digitization of processes within RIL. He has increased the purchase of discounted Russian crude since the start of the conflict in Ukraine, pushing RIL’s profits in the June quarter.

As RIL’s two new businesses – retail and telecommunications – have become leaders in their respective industries, Ambani has focused on learning about the emerging trends that will shape the world over the next 5-10 years. He believes the global energy transition will change the business landscape in India as the country becomes self-sufficient in green and clean energy. “During the shutdowns, he spent time chatting with business people and experts, reading books and creating internal grassroots groups to brainstorm innovations to stay ahead of the industry. energy,” says another executive.

Eventually, Ambani wants to build the renewable energy sector like a slot machine like the twin refineries in Jamnagar, Gujarat. RIL has accelerated global collaborations – particularly in green hydrogen manufacturing technologies and storage batteries and photovoltaic cells – for the construction of Giga factories. Reliance New Energy Solar Ltd. (RNESL), a wholly owned subsidiary of RIL, plans to invest ₹60,000 crore by 2024 to build one of the largest integrated renewable energy manufacturing facilities in the world. The company will also invest an additional ₹15,000 crore in value chain, partnerships and future technologies including upstream and downstream industries.

Ambani has the plan ready to build the Dhirubhai Ambani Green Energy Giga complex on 5,000 acres in Jamnagar. The two refineries and the petrochemical complex are nearby. The Giga factories will include an integrated solar photovoltaic module factory; an energy storage battery factory; an electrolyser plant to produce green hydrogen; and a fuel cell plant to convert hydrogen into motive and stationary energy.

The next big project is to build a 5G ecosystem. In India’s biggest-ever 5G spectrum auction in July, Reliance Jio snagged almost half of the airwaves sold with an estimated bid of ₹88,078 crore. RIL wants to increase investments by 30-40% in FY23. Capital expenditure of ₹99,472 crore for FY22 was nearly 25% higher than the previous year’s ₹79,667 crore.

Ambani’s growth roadmap is built around three hyper-growth drivers: energy and materials, digital services and retail. He wants his three children – Isha, Akash and Anant – to each support a vertical. As part of the succession plans, Akash has already taken over the chairmanship of Reliance Jio from his father. Other transition movements of this type are expected in the days to come.