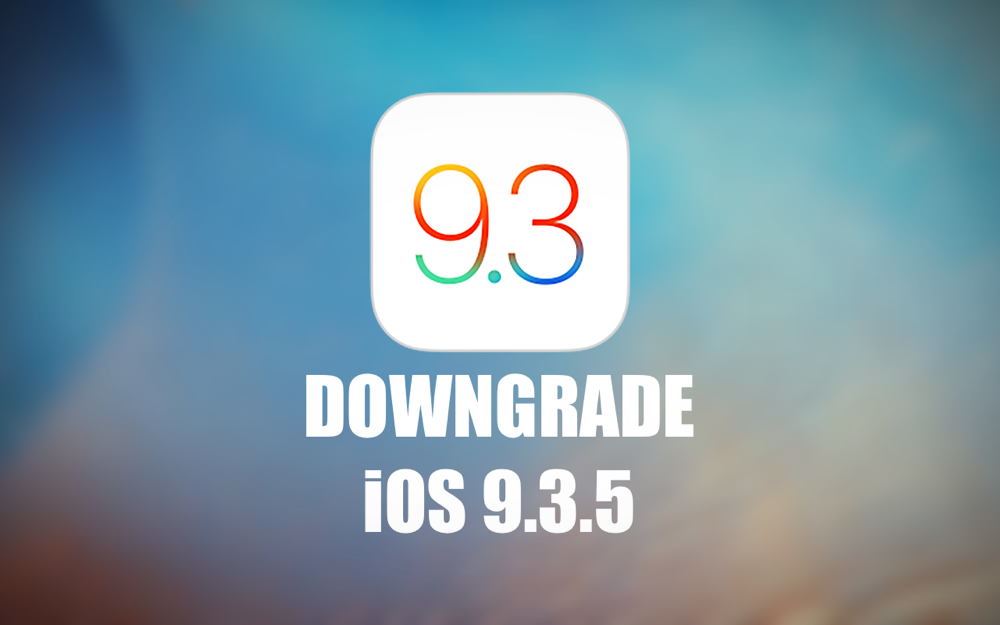 Downgrade iOS 9.3.5 today if you think you made a mistake while upgrading

Now, it looks like Apple wants to continue on the software side of the fence by releasing the iOS 9.3.5 download, which is happening to tighten the noose on security for iPhone, iPad, and iPod touch users. And frankly, if you are looking for a personal opinion on the matter, we strongly recommend that you stick with iOS 9.3.5 as it fixes an extremely serious security flaw with iOS. But, of course, you might have your own reasons for sticking with older firmwares like iOS 9.3.4, so we absolutely can’t dispute that.

Before you start, we strongly recommend that you back up your data using iCloud or iTunes. Upgrading iOS firmware erases everything from your device.

1. Download the iOS 9.3.4 firmware file for your device from here.

2. Assuming iTunes is installed on your computer, connect your iPhone, iPad, or iPod touch using the supplied USB cable.

3. Launch iTunes if it did not launch automatically.

4. Select your device in the upper left corner of iTunes.

5. See that â€œRestore iPhoneâ€ button in the center? Click on it while holding down the left ‘Shift’ key (Windows) or the left ‘Option’ key (Mac).

6. When a new pop-up window appears, simply select the iOS 9.3.4 firmware file that you downloaded in step 1 of this tutorial.

As soon as you double click on the firmware file, the downgrade process will start. During this time, we don’t recommend doing anything else because you want everything to go as smoothly as possible.

If you’re not at all dependent on a jailbreak – and keep in mind that there isn’t one for iOS 9.3.4, at least publicly – then we urge everyone to upgrade to iOS 9.3. .5 because it fixes three critical flaws that allowed a hacker to spy on your phone calls, read your SMS and so on. Basically all of the above iOS 9.3.5 is a security nightmare and iOS 9.3.5 is the only cure.

But of course, the final decision on which side of the fence you want to sit is up to you.