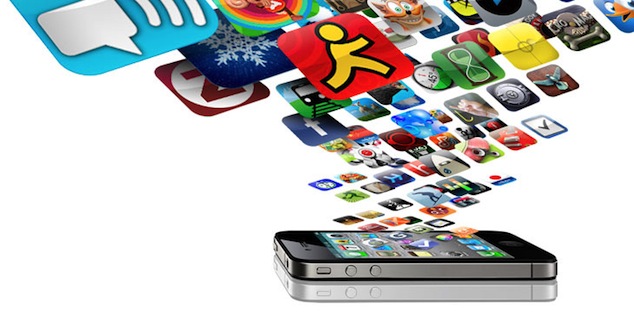 Perhaps the number one question many people are asking after the release of iOS 6.x Untethered Jailbreak is how to install cracked apps on iOS 6.0, iOS 6.0.1, iOS 6.0.2 or iOS firmwares. 6.1. Well the answer to this question is the same as it always has been, you will need to install AppSync first. Basically what AppSync lets you do is run cracked App Store apps on your iPhone, iPod Touch, or iPad. Without AppSync, cracked applications will not work.

Previously, you could download and install AppSync from a single repository, then just install Installous and be on your way to enjoying cracked apps on your device. The problem, however, is that Installous has stopped and AppSync for iOS 6 is a bit harder to find. Don’t worry, you can still get cracked apps on iOS 6.x and in this tutorial we will show you how to do that.

How to install AppSync on iOS 6.x

Step 1) – The first thing to do to get cracked apps on your jailbroken iPhone, iPod Touch or iPad on iOS 6.x is to install AppSync. To do this, you need to launch Cydia, tap on the Manage tab, tap on the Sources section and finally tap on the Edit button at the top right corner of the screen. You should now see an Add button appear in the upper left corner of the screen. Press the Add Now button and enter the following source:

To note: Many repositories are under heavy pressure right now, so if you’re having trouble adding the above repository, you can try one of these alternatives.

2nd step) – Once you’ve added one of the repositories listed above, you’ll need to search for AppSync. Depending on the repository you added, AppSync will be called something slightly different, but look for something like “AppSync for iOS 6.xAs long as you see somewhere in the title mentioning iOS 6 or in the description, you can go ahead and install it.

Step 3) – Once AppSync is installed, restart your iPhone, iPod Touch, or iPad by holding down the power button until you see ‘slide to power off’. After restarting, download a free app from the App Store and make sure the app launches smoothly. If it does not launch, it is probably not a working version of AppSync and it will need to be uninstalled by launching Cydia, going to the Manage tab, followed by Packages, finding AppSync and then clicking on it. uninstalling.

Step 4) – As long as the free app you downloaded has launched, you’re good to go.

How to install cracked apps on iOS 6.x

Step 1) – The first thing to do is download iFunBox for your Windows or Mac OS X computer.

2nd step) – Then you will actually have to download cracked apps. Google will be your friend for this, but two of the best cracked app websites are listed below:

Step 3) – Launch iFunBox and connect your iPhone, iPod Touch or iPad to your computer using the USB cable. An iFunBox recognizes your device, select it in the left panel.

Step 4) – Click User Apps (a tab under your device), then click the Install App button at the top of the screen. A new window will appear asking you to select the .ipa file of the cracked application you downloaded in step 2.

To note: iJailbreak.com does not support cracked apps. As is our promise to report on everything jailbreaking, however, we have a responsibility to report on this news. If you have followed this guide, keep in mind that installing crack apps is illegal.

WARNING: Cracked applications are illegal. The principle behind cracked apps is whether you want to test an app before purchasing it from Apple’s App Store. It is expected that after downloading cracked apps on your iPhone, iPod Touch, or iPad running iOS 6 firmware, you will either remove the app after testing it or purchase it from the App Store.