Is Telcoin a good investment?

In this episode of the BeInCrypto video news show, host Jessica Walker will take a look at Telcoin. Although it has not reached the top of the crypto charts, it is up 43,000% since the start of the year. As it is gaining a lot of attention on social media and developing a growing number of followers, we decided to check out its unique value and the team behind it.

Established in Singapore in July 2017, Telcoin is an Ethereum-based crypto that strives to become the connection point between crypto, blockchain, and the telecommunications industry. The project aims to partner with leading names in the telecommunications industry and grow with their reach. For example, he hopes to remove the hassle between mobile money and billing platforms for names like Verizon and AT&T.

The main objective of Telcoin right now it’s the remittance market, where Western Union is currently number one. This is part of the reason why they are partnering with global telecommunications and mobile money platforms. They are a natural fit for delivering high-speed, low-cost digital remittances to mobile money platforms and e-wallets.

In 2017, Paul Neuner and Claude Eguienta co-founded Telcoin to help users efficiently transfer money globally. Claude Eguienta was previously the CEO of Telcoin and led the project. For over a decade, he worked for startups and large tech companies focused on financial services.

Meanwhile, current CEO Neuner accumulated over 12 years in the telecommunications field before venturing into the blockchain world. He started as a telecommunications technology entrepreneur with Mobius, which provides fraud management services for mobile networks. In 2018, he also created another similar company that focused on securing sovereign mobile financial services.

The goal of Telcoin is to become a useful service that could help countless people, especially those who don’t have a bank account. Currently, its main focus is the remittance markets. Although there are nearly five cell phones for every bank account, people still line up to send money from high-cost transfer agents. Western Union in particular dominates this market.

Leveraging the power of blockchain, Telcoin offers people in developing countries a faster and cheaper alternative to money transfer services. Telecommunications operators that connect to the Telcoin network are immediately able to issue TEL tokens. The network also gives incentives. For example, the more TEL token traffic an operator has, the more value it derives from the network.

The Telcoin team has been busy and has recently had a few wins. They drafted legislation in the state of Nebraska that will pave the way for its financial services to American consumers. The legislation creates a new state banking charter for digital asset depositories. The charter is the first of its kind to be shaped around consumers and how they connect to decentralized finance.

“Basically, this new charter represents a type of alternative bank that doesn’t have the right to lend your money to someone else,” Neuner said. “The institutions that depend on it will use blockchain technology to enable users to self-guard digital assets and put their money at the service of their own benefit.”

Telcoin also announced that its users will be able to send money from the United States, Singapore and Australia in 16 countries in Southeast Asia and Africa. These are some of the first so-called corridors that they plan to establish over the next few years. 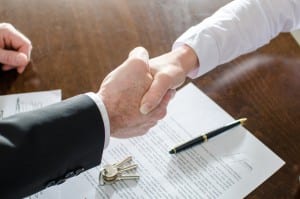