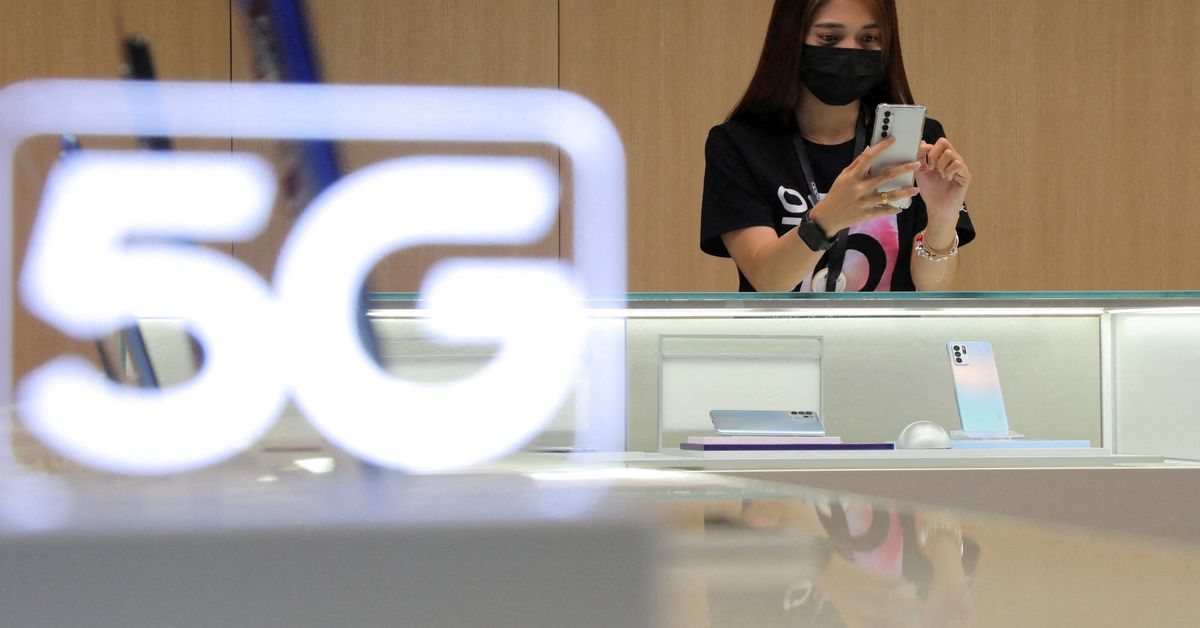 A salesman at a telecommunications store uses a phone in Kuala Lumpur, Malaysia January 6, 2022. REUTERS/Hasnoor Hussain NO RESALE. NO ARCHIVES/PHOTO FILE

Celcom (AXIA.KL), DiGi (DSOM.KL), Maxis (MXSC.KL) and Axiata Group’s U-Mobile initially raised concerns about the pricing and transparency of DNB’s 5G rollout. The government responded last week by offering them a stake of up to 70% in DNB, in the hope that an equity stake could potentially give telecom operators more leverage in the process. Read more

The companies said they had asked the government for details of the offer and looked forward to “an approach typical of any major mergers and acquisitions process”.

DNB, the sole entity tasked with upgrading the country’s telecom network, said the cost of accessing its 5G network would be lower than what telecom companies have incurred for 4G.

Two sources familiar with the talks told Reuters on Thursday that the four telecom operators had told the government they would wait to finalize the shareholding structure before signing a deal.

They also asked DNB to refrain from making any major deals or hires during the negotiation process, said the sources, who declined to be identified because they were not authorized to comment on the private discussions.

DNB and Malaysia’s finance and communication ministries did not immediately comment on the mobile operators’ request.

The agency previously announced that it would extend its pilot program offering free 5G services to operators for three months until June 30, to facilitate a seamless transition for operators who had not yet subscribed to its network.