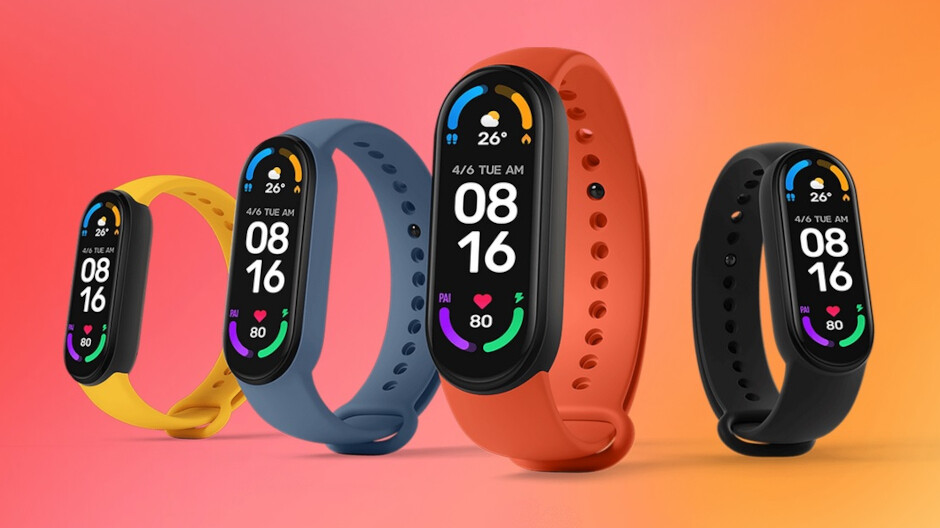 How is Xiaomi at the top of the handset world? The United States’ war against Huawei is a huge factor; Huawei could have been the world’s largest smartphone supplier by now if the Chinese manufacturer had not been labeled a threat to national security in the states. Xiaomi has also kicked in Europe and used its cash-for-value approach to take over in India.

Xiaomi is not only at the top of the smartphone market, but it is now also at the top of the wearable band market thanks to the launch of the Mi Band 6. According to Canalys, in the second quarter of this year, Xiaomi shipped eight million portable band devices (up 2.6% year-on-year), topping 7.9 million shipped by Apple (up 29.4% year-on-year). The battle for market share has also been tight, with Xiaomi’s 19.6% surpassing Apple’s 19.3%.
Third place belonged to the besieged Huawei. The company shipped 3.7 million units of wearable bracelets in the April-June period, a significant 53.9% drop from the second quarter a year ago, leaving it a 9.2% market share compared to the 21% it achieved in Q2 2020. Fitbit, now owned by Google’s parent company Alphabet, finished in fourth place after shipping 3 million bracelets laptops in the second quarter for a 7.3% market share, up 20.6% year-on-year.
Samsung’s 2.5 million shipments and 6.1% market share placed it in fifth place despite an annual increase of 114.1%. A total of 40.9 million units of wearable bracelets were shipped during the quarter. This was up 5.6% from the number shipped in the second quarter of 2020. Cynthia Chen, Research Analyst at Canalys, said: â€œXiaomi has made a wise move to speed up the release of the Mi Band 6, which is a more compelling device than its predecessor. Xiaomi’s rapid shift to basic watches also helped the company increase its wristwatch shipments by 1.3 million units this quarter. “
Looking specifically at smart watch shipments, Apple stayed ahead with the world’s most popular timepiece, the Apple Watch. The aforementioned 7.9 million units shipped by Apple during the quarter gave the tech giant a 31.1% share of the smartwatch market in the second quarter of 2021. While shipments of the Apple Watch grew 29.4% year over year, the company’s market share fell from the 33.1% it collected in the same quarter last year.
Huawei came in second after shipping 2.3 million watches in the quarter, enough for 9% of the market. Huawei lost more than half of its 18.9% market share in the second quarter of 2020, while shipments fell 33.9%. With 1.9 million watches delivered from April to June, Garmin comes in third with a 7.6% share of the pie. Samsung was next, with watch shipments totaling 1.8 million, up 84.7% year-over-year, giving Samsung 7% of the global smartwatch market.

Apple Watch remains the best connected watch in the world

Overall, 25.4 million smartphones were shipped in the second quarter of this year, up 37.9% from the 18.4 million shipped in the second quarter of 2020. Jason Low, Head of research at Canalys, said: â€œSuppliers are trying to make a big generational leap in smart watch technologies. stand out, they improve fundamentals, such as user experience and battery life, create their own distinct user interfaces, and leverage their respective ecosystems to create unique new use cases. “

But Low notes that health tracking remains the number one feature for smartwatch users. He states that “the ability to provide cutting-edge health tracking features and to offer users meaningful data and actionable health information will distinguish winners and losers.”