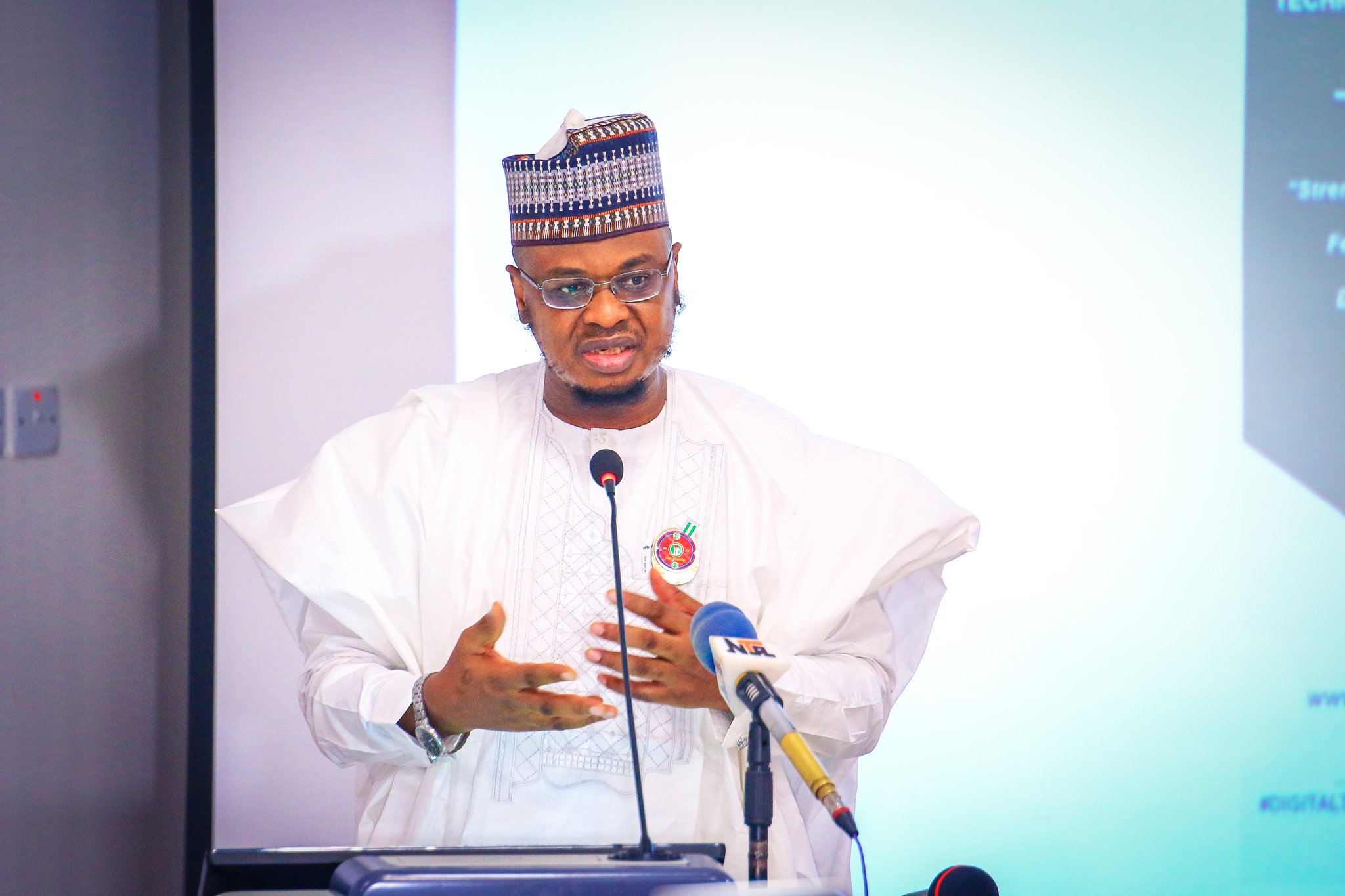 Amid many outcry over the proposed new 5% tax on the telecommunications sector, ADEYEMI ADEPETUN in this report examines the danger of imposing more taxes on the industry.

Earlier this year, a report by SB Morgen, titled “Inside Nigeria’s Subnational Fiscal Crisis”, revealed that the telecommunications industry appears to be suffering disproportionately from overtaxation problems in Nigeria.

He added that the aggressive taxation of this sector has an impact on the quality of service, which has suffered a series of downgrades and Nigerians are suffering the consequences.

Globally today, mobile telephony, a subsector of the telecommunications industry, is the main gateway to the Internet for consumers in many parts of the world, especially in developing countries. . Despite this, the governments of many of these countries are increasingly imposing, in addition to general taxes, sectoral taxes on consumers of mobile services and devices and on mobile operators.

This is said to pose a significant risk to the growth of services among citizens, limiting the widely recognized social and economic benefits associated with the telecommunications sector.

It is on this note that the recently proposed 5% excise duty on telecommunications services (calls, SMS and data) has been described as an unsuitable policy by stakeholders, along with several other taxes that have been slammed on the sector, the weight of which is largely borne by subscribers.

Genesis of the 5% tax on telecom services
While the Ministry of Communications and Digital Economy and the Nigerian Communications Commission (NCC) have recognized the importance of policies that support the ICT sector, resulting in digital agendas that set ambitious connectivity targets, the Minister of Finance, Budget and National Planning, Zainab Ahmed, does not seem to align with the need to digitize the economy, following his call that more taxes should be imposed on the telecommunications sector instead.

Speaking through her special adviser for the media, Tanko Abdullahi, a few weeks ago, the Minister of Finance cited the Finance Act 2020 as enabling legislation for the tax on all voice calls, SMS and services of data, in addition to the existing added value of 7.5%. Tax (VAT) paid on goods and services in all sectors of the economy. Adding another 5% would force subscribers to pay up to 12.5% ​​tax on calls, data, and more.

While there is no doubt that the ministry is constitutionally empowered to collect and disburse public revenue; the formulation of policies on taxation, tariffs, fiscal management, preparation and management of the annual budget, among others, the situation in the country, seems to have made the minister more desperate.

Justifying his position, Ahmed pointed out that countries in Africa like Malawi, Uganda, Tanzania and others have all embraced this revenue generation model, pointing out that this is necessary to change Nigeria’s economic situation for good. .

Already, the federal government, through the budget office, has revealed that it will begin implementing proposed excise duties on telecommunications and other services in 2023.

The tax, which falls under the Nigeria Customs Service (NCS), the government said the NCS would introduce frameworks for the collection of appropriate duties, taxes and fees on transactions conducted over electronic networks.

Revolts against implementation
In an apparent aversion to the policy, the Minister of Communications and Digital Economy, Dr Isa Pantami, objected to the planned 5% excise duty on telecommunications services, insisting that a Such a plan is detrimental to the growth of telecommunications in Nigeria.

Pantami in Lagos, said he would explore all legitimate means to stop the planned 5% excise tax on the telecommunications sector.

Pantami criticized the timing and process of imposing the tax on the industry, insisting that part of responsive government’s responsibility is not to make people’s problems worse.

Pantami urged tax masters to expand the reach of other sectors that do not contribute to the economy to do so.

“We must unite and save the sector. Only the telecommunications sector contributed 13% and you want to add more. This is unacceptable,” added Pantami.

For his part, the President of the Association of Licensed Telecoms Operators of Nigeria (ALTON), Gbenga Adebayo, insisted that the new tax burden would be passed on to subscribers.

According to him, “It’s a strange movement, it seems a bit unusual. Excise duties are supposed to be allocated on goods and products, but we are surprised that they relate to services. We will continue to support the government, but ALTON will not be able to subsidize this on behalf of subscribers in addition to the 7.5% VAT, which will make the 12.5% ​​payable by subscribers to the federal government.

“We are currently paying a lot of taxes, running over 39, so we cannot add more to the existing burden. We will not be able to absorb this on behalf of subscribers.

Why the tax should not be implemented
Different quarters of the sector strongly believed that if the new tax sailed, it would certainly erode some of the sector’s gains and affect the consumer-centric position of the industry as pushed by the NCC.

For example, a telecommunications expert, Kehinde Aluko, said that over the past two decades, the industry regulator has proven itself to be a consumer-oriented regulator by rolling out various regulatory frameworks and initiatives to ensure steady reduction in the cost of telecommunications services in the country. .

“Drawing life from points 2 and 6 of NCC’s leadership 8-point program launched on February 27, 2016, the 2017 statement of the year focused on the needs and satisfaction of the Nigerian telecommunications consumer.”

According to him, the Danbatta-led NCC has maintained its solidarity with the consumer on tariff issues and issues such as quality of service (QoS) and other complaints. He added that the commission also looked at issues around right of way, state governments shutting down base transmitter stations, multiple taxations and protection of critical telecommunications infrastructure, which produced results.

Aluko revealed that tariff regulations and determinations are made by the commission in accordance with the provisions of Sections 4, 90 and 92 of the Nigerian Communications Act (NCA) 2003, which entrusts the NCC with the protection and promotion of the interests of subscribers against unfair practices, including but not limited to; questions relating to tariffs and charges. “Therefore, it would not be out of place for the finance minister to work with NCC on this file,” he said.

The NCC also stressed the need for planned tax enforcement agencies to meet directly with telecommunications industry stakeholders to address areas of concern.

Concerns about broadband penetration and 5G deployments
Stakeholders also believe that the Nigeria National Broadband Plan 2020-2025 (with a target of achieving 70% broadband penetration and 90% population coverage) would be at risk. The reasons are obvious. NCC plans to reduce the cost of data to N390 per gigabyte by 2025, as stated in the NNBP; thus, any additional tax on telecom operators would imply that the cost of calls, data and SMS would increase.

With 5G expected to be rolled out at the highest level in the country, stakeholders also believe the tax could slow down the technology, particularly subscribers’ ability to purchase 5G-enabled devices.

“5G has huge benefits. 5G is a game changer for the Nigerian economy. But if we fail to overcome basic issues such as ensuring the ease of doing business for industries like telecommunications, it means the government is not encouraging investors,” they said.

“I am happy that our Minister feels our pains as subscribers. The 5% excise duty will come on top of existing charges in the telecommunications sector. We strongly support the minister’s position and we as telecom subscribers will do everything to stop the planned implementation as it will not be healthy for the telecom sector,” Ogunbanjo said.

Speaking on the negative impact of multiple taxation, Managing Director of PanAfrican Towers, Azeez Amida said that multiple taxation and charges pose a huge threat to the growth of the Nigerian telecom market.

“There should be a uniform tax system, and the same should apply to fees. Taxes are essential to financing infrastructure; it is important for the growth of any society. But taxing and levying businesses multiple times inhibits growth. This is where regulation is needed to streamline the tax system and other fees for tower companies.