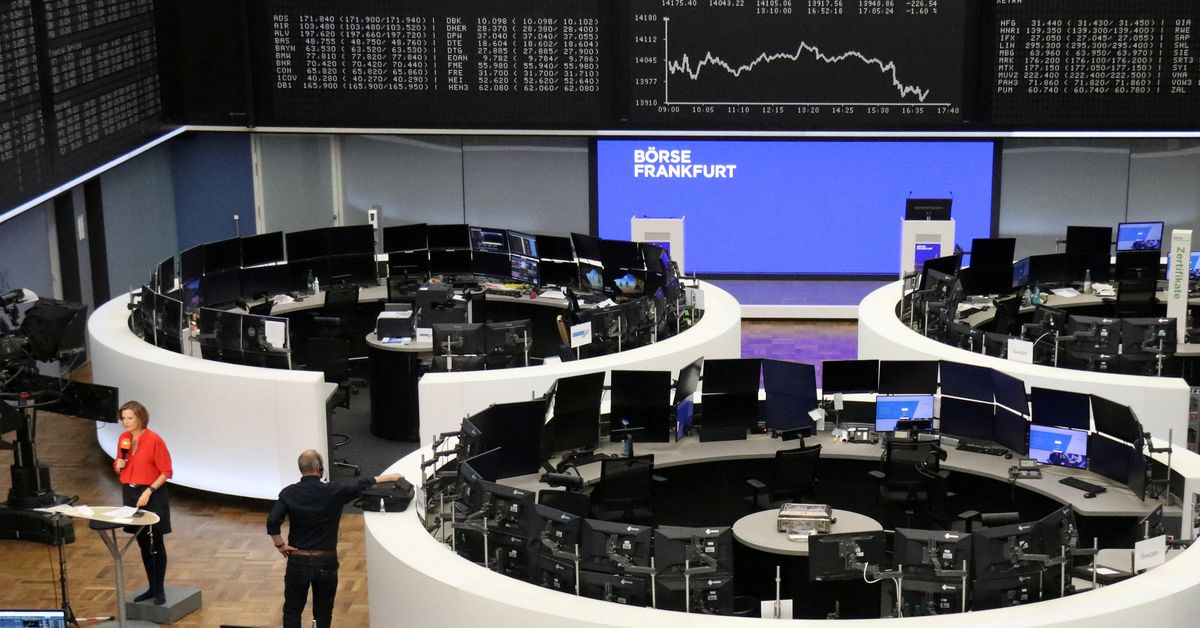 The DAX chart of the German stock price index is pictured on the stock exchange in Frankfurt, Germany, May 24, 2022. REUTERS/Staff

May 26 (Reuters) – European markets edged higher on Thursday, buoyed by energy stocks and the U.S. Federal Reserve sticking to the monetary-tightening scenario as sentiment flimsy amid lingering worries about slowing economic growth.

The gains were broad-based, led by a 0.6% rise in energy stocks (.SXEP) as crude prices climbed on tight supply.

Overnight, the minutes of the Fed’s policy meeting in early May showed policymakers’ confidence in the strength of the US economy. However, they agreed to raise interest rates by 50 basis points at the next two meetings to rein in soaring prices exacerbated by the war in Ukraine. Read more

“Investors appear to have been reassured that (Fed) minutes have not charted an even more aggressive course of monetary tightening despite (inflation) remaining at elevated levels,” said Stuart Cole, macro – Chief Economist at Equiti Capital.

Minutes indicating the possibility of a pause in tightening after July if inflation began to subside were also welcome, Cole said. Read more

The European Central Bank is expected to begin its hike cycle in July, leaving investors worried about likely pressure on the global economy.

Water company United Utilities (UU.L) fell 7.6% after the company reported no increase in average household bills for the full year. Other British utilities have also slipped on concerns over the extension of a windfall energy profit tax to the sector.

The Institute of International Finance halved its outlook for global output growth for 2022 to 2.3% on Wednesday, citing concerns about China, the Russia-Ukraine war and US monetary policy tightening. Read more

These are expected to limit European stocks, with the STOXX 600 expected to reach 450 points by the end of the year, around 3.5% above current levels, according to a Reuters poll. Read more

BT Group (BT.L) fell 4.6% after Britain launched a national security review of a deal by the telecoms group’s biggest shareholder Patrick Drahi to increase its stake to 18%. Read more

Some markets in Europe, including Switzerland, Sweden and Finland, were closed for a local public holiday.

Reporting by Susan Mathew in Bengaluru; Editing by Subhranshu Sahu and Sriraj Kalluvila