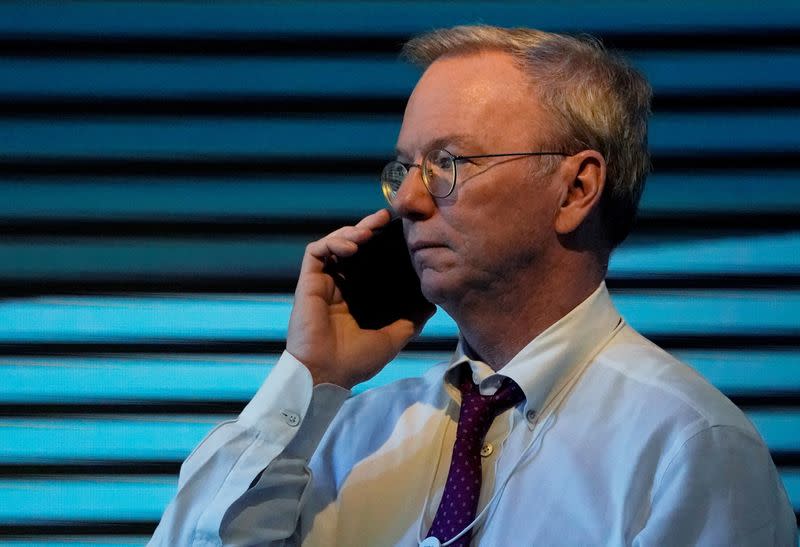 (Reuters) – Sandbox AQ, which has a long-term goal of helping customers use quantum computing, said on Tuesday it had parted ways with Alphabet Inc, raised “nine figures” in funding and signed several clients for its cybersecurity services.

With significant funding and former Google CEO Eric Schmidt as chairman, Sandbox AQ is one of the hottest startups looking for software that would at least partially run on quantum computers.

Although currently unreliable and expensive, quantum computers could within a decade increase the power of artificial intelligence and other tools by processing data millions of times faster than supercomputers.

Mount Sinai President David Reich told Reuters that Sandbox would over the next year evaluate encryption in health system messaging tools and come up with potential algorithm upgrades.

Schmidt said in an interview that converting large organizations to secure quantum communications would be “a pretty big deal.”

Additionally, Sandbox is set to strike deals to sell quantum simulation software to potentially accelerate drug and materials development, CEO Jack Hidary said. Projects that could be commercialized over the next three years include using AI to analyze quantum sensor data to improve medical imaging and also enable navigation by tracking magnetic fields instead of GPS satellites. , he added.

Part of the team and inspiration for Sandbox was born at Alphabet in 2016. But Google’s parent company won’t be a shareholder. Hidary said he wanted outside investors to help accelerate growth. The company will use cloud computing from Google Cloud and others.

Alphabet said it was “pleased to help Jack transition into an independent business”.

Investors include Schmidt, Breyer Capital, T. Rowe Price funds and TIME Ventures from Salesforce.com Inc founder Marc Benioff. Hidary declined to specify the amount of funding, saying he wanted the focus to be on the technology instead.

The Palo Alto, Calif.-based company has 55 employees and will dedicate the new funding to hiring.

Hidary said the company has prioritized increasing racial, gender and other diversity and is working to bring in residents from the University of California Merced, not commonly known as a tech powerhouse, as a way to achieve his goal.