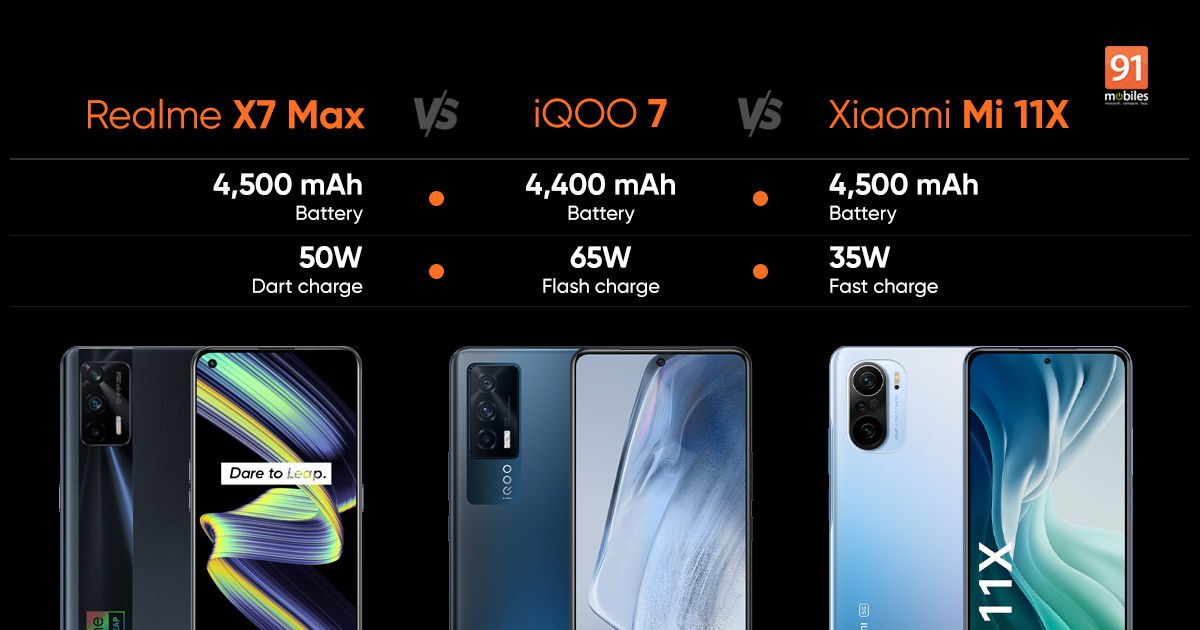 The Realme X7 Max (review) is the Chinese smartphone maker’s latest offering in the affordable flagship space, an increasingly crowded segment with tons of options. The X7 Max is the country’s first smartphone to be powered by the new Dimensity 1200 5G chipset. The Taiwanese chipmaker’s 6nm silicone packs a punch when faced with one of its closest rivals, which comes in the form of the Qualcomm Snapdragon 870 SoC that uses a 7nm process. A smaller manufacturing process generally tends to indicate better power efficiency, which leads to lower battery consumption. The Realme X7 Max takes on the Mi 11X (review) and iQOO 7 (review), both powered by the Snapdragon 870 chipset. In this comparison, let’s find out how battery life and charging speeds stack up against the three. devices. 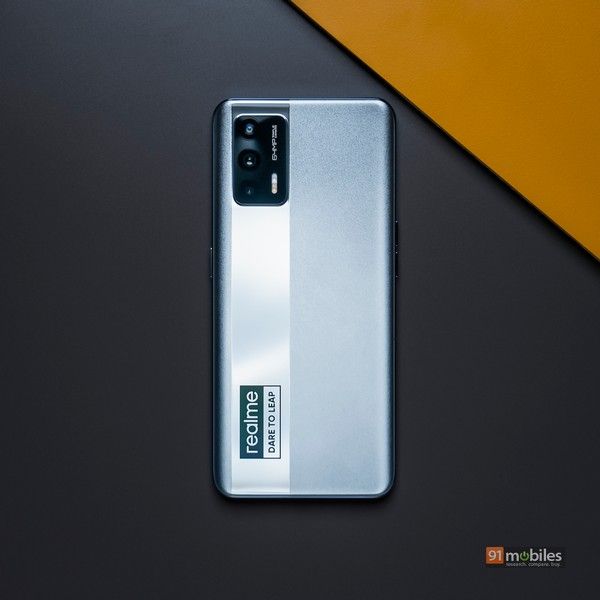 The Realme X7 Max and Mi 11X have identical 4,500mAh batteries, while the IQOO 7’s pack is slightly less than 4,400mAh. The main difference is in the charging speeds of the three devices. The PCMark Battery Test is a good way to quantitatively assess battery life. The benchmark simulates the actual use of a smartphone and indicates the time required for the battery to go from 100% to 20%. The Realme X7 Max, powered by the Dimensity 1200 chipset, did it in 12 hours and 90 minutes while the temperature on the device remained constant at 40 degrees. Xiaomi‘s Mi 11X got a score of 15 hours and 39 minutes, which is significantly higher, and the iQOO 7 lasted the longest, posting a time of 18 hours and 58 minutes.

I also ran a half hour of Call of Duty Mobile on each device to check for battery drain. Note that all phones were running the game at the highest setting. The Realme X7 Max lost around 5% of its battery after 30 minutes of play. The battery drop on the Mi 11X and the IQOO 7 was 4% and 6% respectively.

Based on these tests, it looks like in real-life scenarios the iQOO 7 is expected to last longer on a single charge than its closest rivals, even though it has a lower capacity battery. Therefore, the iQOO 7 emerges as the winner here, lasting the longest in the battery test and offering the fastest charging speed among the competition.