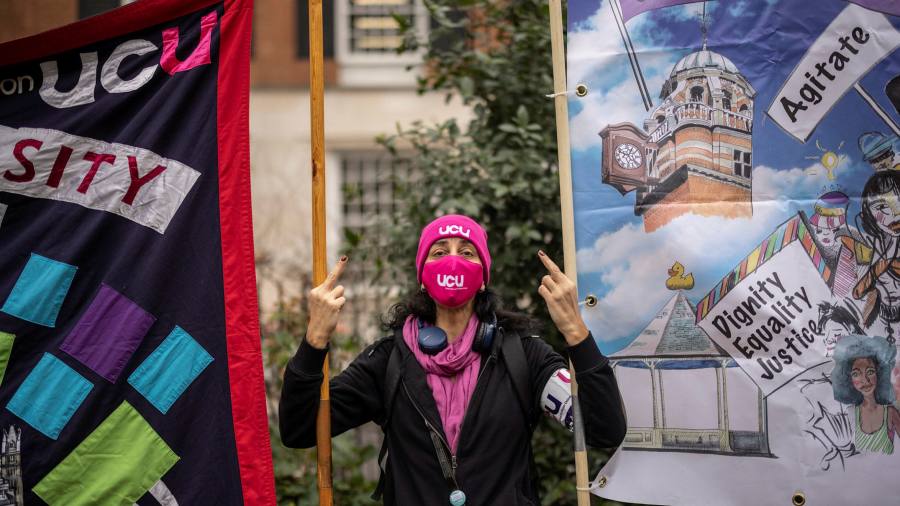 British unions, like their American counterparts, have long since shrunk, but are still proportionally about twice as large. In the United States, only one in 10 people is unionized. In the UK it is 24%. But these statistics are a poor indicator of union power. Britain has, in fact, spent decades passing laws to prevent a return to the “winter of discontent” of 1978-9, when millions of working days were lost to strikes. Even where membership is high, especially in the public sector, trade unions are generally weak.

The cause of today’s conflicts is easy to identify. Sharp price increases mean lower living standards for many union members. Mick Lynch, general secretary of the transport union RMT, has warned of strikes by railway workers which could last “a very, very long time” if the government blocks wage increases.

Some unions are diverting their attention from political activism because of their ties to the Labor Party and trying harder to fight for better pay and conditions. Sharon Graham, general secretary of the UK’s biggest trade union, Unite, told the Financial Times this week that she sees this as “a moment for the rebirth of the trade union movement”.

But the UK’s history of fractured industrial relations and disruptive strikes in the 1970s and 1980s creates a difficulty. Unions are under pressure to protect their members from inflation and the weakening of traditional labor contracts, but prolonged strikes affecting public services could revive their past unpopularity.

Despite the echoes of the past, the labor market reality facing many unions has changed. Unemployment is low and private sector professionals and skilled workers are in demand. But union membership shifted to the public sector, where the government imposed strict financial controls, while curbing collective bargaining.

Sixty percent of union members work in the public sector, with the largest numbers in sectors such as education, health and public transport. The train conductors who threaten to strike are among those who have exercised their power most successfully — the base salary for conductors on the South West Railways is now £67,000 a year.

It is more difficult for others who have less industrial influence. Academics show signs of strike fatigue after several years of a continuous industrial action campaign. Strikes put acting employees under financial pressure and disrupt employers (and university students in this case). The strategy should be used sparingly.

Under Graham, Unite expanded its repertoire beyond strikes to confront some employers in other ways. This includes putting pressure on the managers, suppliers and potential customers of the companies with which he is in dispute. This approach has been criticized as “sinister”, but it can still be quietly effective.

Other unions need to be more ingenious and imaginative than in the past, especially on behalf of low-wage workers on part-time contracts in service industries. They may not have the industrial muscle to enforce strikes, but simply providing advice and representation can help their members.

Even those with the most power must be careful. Many people have sympathy for public service workers, whom teachers’ unions have adroitly used in campaigns to end school funding cuts. But it quickly runs out when services are interrupted. Unions have regained some of their past power, but their future will be determined by how they deal with these challenges.